Gibraltar is the United Kingdom’s southern most point in Europe and even in the winter, temperatures never go below 16°C. That’s because, there’s plenty of sunshine in this tiny British enclave of 6.5 square kilometers on the south tip of Spain: It’s great for tourists, as well as the island’s famous monkeys – who go sunbathing on the island’s cliffs and create popular photo motifs for visitors. However, at Gibraltar’s airport which is only serviced by flights via the UK – cooler temperatures are preferred. That’s also why the new flight terminal at Gibraltar International Airport, completed in 2011, turned to the German glass specialists at arcon for their architectural sunscreen glass and a far more pleasant interior. Plus, the glass included an innovative breakthrough: A self-cleaning coating.

In 2011, Gibraltar’s new passenger terminal was opened – based on a design from British architects at 3D Ried and after only a two year construction period. Here, arcon’s special architectural glass known as “Sunbelt Scandic 53/25” was used – covering an extensive surface of 7,000 m² – and installed by the Spanish engineering firm, Industrias Ceveco. Technically, this sunscreen glass was 10 mm thick and provided excellent insulation with a g-value of 27%, a transparency rating of 51%, and a U-value of 1.3 W/m²K (internal air gap of 20 mm; inner glass pane: LSG 66.2 sc). Added to that, the glass’ low level of reflectivity also prevents pedestrians and pilots from being blinded by Gibraltar’s intense sunlight.

Finally, to fulfill the customer’s demands a special self-cleaning coating was also applied to the sunscreen glass. “And that step, was the real breakthrough. Then, the coating of glass with these strengths requires unusual experience and considerable know-how – which we have at arcon. Here, glass sheeting was created with multiple advantages – precisely tailored to satisfy both its function and the customer’s specification,” explains Alberto Gomez, the arcon glas project manager. From a viewer’s perspective however, the glass covered airport is just a shimmering blue beauty – with British understatement.

Info:
arcon glas offers a wide range of magnetron coatings for all types of glass: from float glass to laminated glass, as well as colored glass and various types of single pane safety glass. 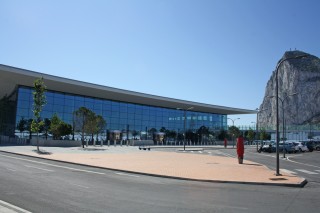 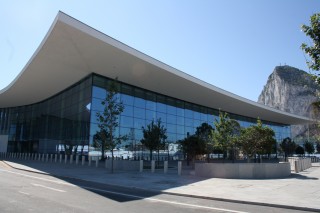 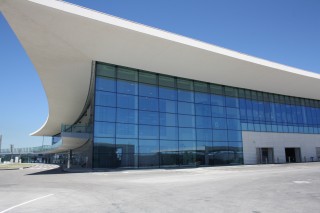 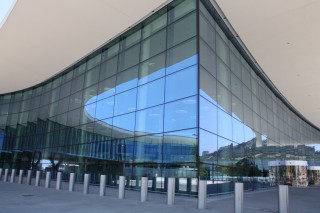