Hamburg’s “Schanzenviertel” District gets a Face-Lift

In Hamburg, one of the city’s problem neighborhoods has received an architectural face-lift. Using an approach similar to New York’s “Broken Window Strategy,” Hamburg’s “Schanzenviertel” neighborhood has seen positive urban development, thanks largely to city planners, over the past several years. Now, this former social hotspot has become friendlier, urban decay has been stopped, and violence as well as crime have been reduced. Urban development, especially around the “Schlump” subway station has played a major role: such as the “Schlump One” professional building located in Hamburg’s Schäferkamp Allee. This office building now adds flair to the area with its elegant metal and glass facade: using special glass sheeting – which combines sun screening, thermal insulation and noise dampening – from the arcon Flachglas-Veredlung GmbH & Co. KG in Feuchtwangen.

Where last May violent demonstrations occurred, city planners have been working to counteract the neighborhood’s negative image and provide fresh architectural impulses. Now, store widows are no longer associated with the shattering effects of riots – but with the area’s sustainable, multifaceted urban development.

Since May 2012, experts from arcon Flachglas-Veredlung in Feuchtwangen have provided special glass sheeting covering 4,500 m² to help promote the efficient use of resources, progress and the rebirth of a city hotspot. During construction of the “Schlump One” professional building, special glass sheeting was used with a combination of sun screening, thermal insulation and noise dampening to achieve a truly stunning facade. The previous building was completely renovated, based on plans from the Berlin architects at J. Mayer H. Particularly noteworthy here is the combination of a glass facade with exposed metal elements which creates an outstanding visual impression.

Innovative glass sheeting, known as “Sunbelt Crystal 60/30“, was used with an integrated sun screen from arcon glas in Feuchtwangen. Plus, this glass offers excellent thermal insulation with a G-value of 32 % and light transparency of 60 %. In addition, arcon N33 glass (Ug-value 1.1) was used for 1,500 m² of the facade to provide increased noise dampening for the buildings various offices and minimize the street noise associated with Hamburg’s popular “Schanzenviertel”.

During the building’s renovation, installation of the arcon’s glass sheeting was performed by Flachglas Wernberg GmbH from Wernberg-Köblitz. The building itself is owned by the Hamburg investment group Cogiton and is located in Eimsbüttel – right next to the St. Pauli district – offering 8,000 m² of office space. Seeing this building is also located next to the “Schlump” subway station at Schäferkamp Allee 16-18, it’s an especially attractive rental property.

Historical, this area was called “Up den Slump“ which helps to explain the name (“Schlump One”) of this new professional building. Originally, this name also referred to a muddy, swamp-like moor – which was drained long ago and is now an upcoming part of Hamburg.

Over the last ten years, the “Schanzenviertel” neighborhood which stretches over several of Hamburg’s districts has undergone extensive urban development and has become a prime address for modern service-oriented businesses. Thanks to projects such as the “Schlump One” the entire area, from the “Schanzenviertel” to the city’s university campus, is going through a rebirth. Perhaps that’s also why the name “Schlump” in northern German dialects can also mean: “A lucky accident.”

Info:
arcon glas offers a wide range of magnetron coatings for all types of glass: from float glass to laminated glass, as well as colored glass and various types of single pane safety glass. 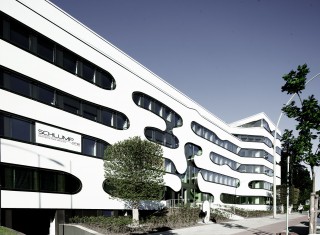 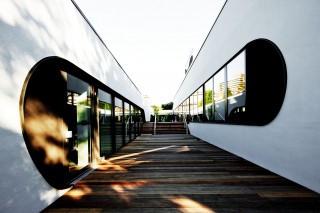 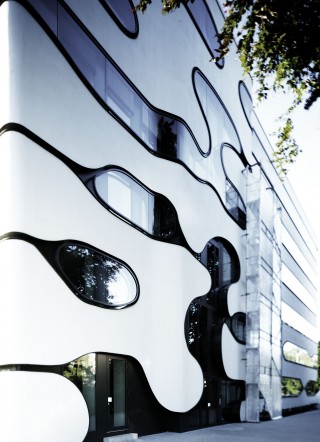 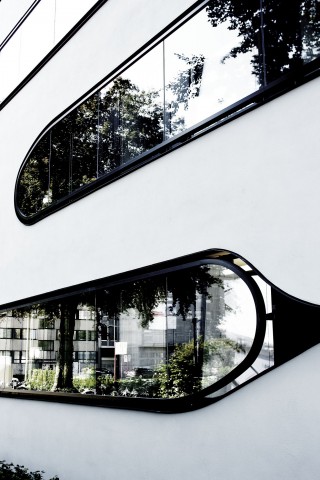