UK: Bird protection for all requirements

In order to reduce bird strikes on building facades, legal requirements introduced in 2017 have committed cities and municipalities to investigate the risk of bird strikes, within the framework of nature conservation regulations, and to reduce the number of such incidents. With the Ornilux product range, Isolar offers various certified solutions that enable both transparent and clearly visible architectural room and facade concepts and have been proven to reduce bird strikes. Drawing on a unique data pool acquired from multiple projects implemented around the world, Isolar can advise architects and planners on the design of an optimal facade solution.

Experts estimate that around 115 million birds die in Germany each year due to their inability to recognize panes of glass, which causes them to fly into building facades. As a result of these findings, legal requirements governing the urban land-use planning of cities and municipalities were introduced in 2017, which commit these districts to investigate bird strikes on buildings within the framework of nature conservation regulations, and to reduce the risk of these occurring. Under the provisions of these regulations, architects and building planners are required to adopt a bird-friendly approach when developing their projects. In 2006, Isolar was the first company worldwide to introduce a type of glass that can help to achieve a significant reduction in the number of bird strikes, without compromising on the aesthetic appearance of a facade, in the form of Ornilux. The coating took more than six years to develop.

Since the introduction of the coating, a huge pool of data and wealth of experience have been acquired through extensive tests, the realisation of more than 250 projects worldwide and the corresponding monitoring of individual projects, which also incorporate scientific knowledge obtained to date from global collaborations with institutes and nature conservation organisations, including such well-known names as the American Bird Conservancy (ABC), the Vienna Ombuds Office for Environmental Protection and, among others, the ornithological station in Radolfzell, which was the first to examine the behaviour of birds in flight tunnels using various glass coatings. The results obtained from more than 20,000 approaches by 50 different bird species are unique across the globe. Isolar has also examined the effectiveness of Ornilux as part of a monitoring project in Utah (USA).

Based on the results of this wide-ranging research, Isolar has consistently developed its portfolio in recent years. Today, the Group offers its customers two different categories of Ornilux, which meet the diverse requirements governing certified bird protection: Ornilux mikado and Ornilux design.

With Ornilux mikado coatings, the developers have succeeded in applying a web-like structure to the glass that is barely visible to the human eye. This idea draws on inspiration from nature – a so-called bionic process – in which researchers apply observations from nature to technology. The inspiration for Ornilux mikado came from spider webs. The webs reflect UV light, which is recognized by most bird species, allowing them to fly safely around the filigree networks. Ornilux mikado adopts exactly this principle, thus allowing the visual appeal of transparent architectural room and facade concepts to be maintained without any detrimental effect on the conservation of nature and species. Ornilux mikado can be used in all windows and facades like a conventional insulating or laminated safety glass. It can be readily combined with other functions such as solar protection or heat insulation in the insulating glass. Particularly in the USA, where bird-friendly facade design has been legally codified for some time, Ornilux mikado has repeatedly demonstrated its high protective effect.

This bionic technology is also used in Ornilux mikado one. One of the aims of this new development was to modify the coating so that it is resistant to climatic elements and therefore ideal for use on the outside glass surface (level 1). In addition, the virtually invisible web-like structure effectively breaks up reflections on the surfaces, which also contributes towards reducing bird strikes. A further advantage of this development is that, as a result of using the level one solution, further functional coatings can then be added at the subsequent level two. Ornilux mikado one also meets the legal requirements for facade surfaces as stipulated by Canada, for example, in relation to bird protection.

The latest addition to the Ornilux product range is Ornilux design. With this bird protection glass, the developers adopted a different approach by equipping the panes with a visible metallic coating. Consequently, Ornilux design is always used when a visible marking is either a desired or required design element of a facade. Until now, the market has only been able to fulfil this requirement using screen-printed surfaces. The high degree of effectiveness demonstrated by the marking in the Ornilux design in relation to bird protection has also been confirmed by tests conducted in flight tunnels. Ornilux design creates a maximum contrast in both reflection and transmission. As a result, the new coating provides a combination of highly effective bird protection at level 1 with an attractive and exclusive design for the first time. Ornilux can be used as float glass or tempered safety glass. Pre-stressing is not required.

Advice based on practical data

Decisions on which bird protection glass is ideal for which facade are not only subject to building law and nature conservation requirements but also to the economic requirements of building owners, architects and planners. As the basis for consultation and decision-making, Isolar places its unique knowledge, experience obtained from numerous projects in different countries and, above all, its own pool of data at your disposal. For practice has shown that every type of building has certain facade areas that are significantly more prone to bird strikes than others. For all other areas, a colour-coordinated standard insulating glass could also be used. Naturally, many other findings are incorporated into these consultations in the early design phase of a building. Isolar also takes account of geographical, architectural and vegetative aspects when assisting with the design process, thus enabling bird-friendly construction. 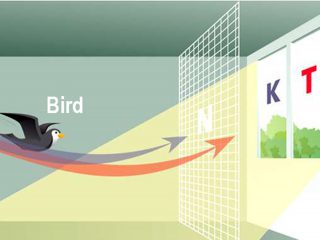 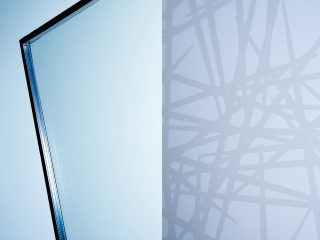 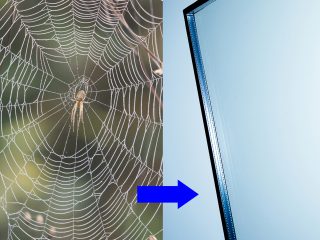 The technology behind Ornilux mikado is inspired by spider webs 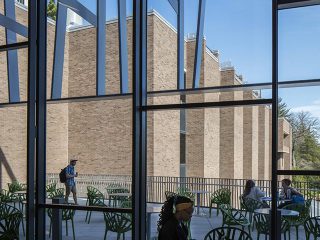 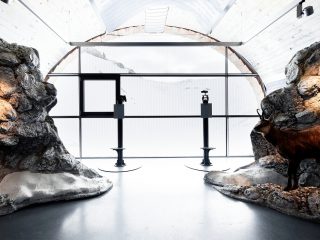 The Isolar Group is the oldest and one of the largest associations of medium-sized manufacturers of multi-pane insulating glass in Europe. All Isolar partners are economically independent, have no company affiliations, and are mostly run by the owners.